Tropical Storm Isaac is tracking west, away from the Florida Panhandle, but aiming directly at New Orleans. With an uncanny, if not cruel, sense of timing, the storm is expected to make landfall seven years to the day after Hurricane Katrina. I’m worried for my NOLA friends. They don’t need another storm hit.

The good news, and it really is good news, is that what was being predicted as a possible Category 2 storm, hasn’t even developed into a hurricane yet. Max winds are still hovering around 70 mph. That sounds bad, but it’s better than 110 mph.

I’m relaxing a smidge now that the impending crisis was averted for my area. The Boy and I did clear the yard of patio furniture and bird feeders, and brought in what plants we could. We gassed up the cars and purchased batteries for lanterns and radios. I even got our propane tank filled for our grill.

Driving around town, I saw many of my neighbors doing some of the same things – battening down the hatches. Local marinas were emptying out as boat owners were anchoring their watercraft in deep water as a storm precaution.

My final chore was a last-minute run to the pharmacy to fill ‘scripts that were low, just in case there are power outages or road flooding. Afterward, I swung by one of the beach accesses to get some cloud shots. Monday was such a grim day that all my photos looked like black and white shots.

I don’t think my menfolk will be very supportive of me trying to get any photo during the storm itself. Probably a good idea to stay inside.

Even though we’re not in the direct path of Isaac, we are under storm and flood warnings. Some predictions are calling for anywhere from 8-10 inches of rain, wind gusts up to 50 mph, and possible six-foot storm surges.

Local schools canceled classes for Tuesday and some districts extended that through Wednesday. Nearby Eglin Air Force Base and Naval Air Station Pensacola evacuated air craft and, are closing to all but essential personal Tuesday and Wednesday too.

We’re hoping for the best, but are ready for the worst. I expected to be waking up to rain this morning, but it was just grey and gloomy. The rain will come later. 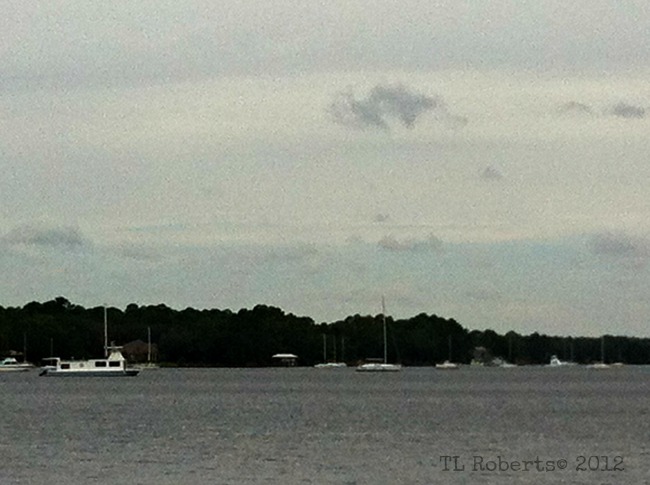 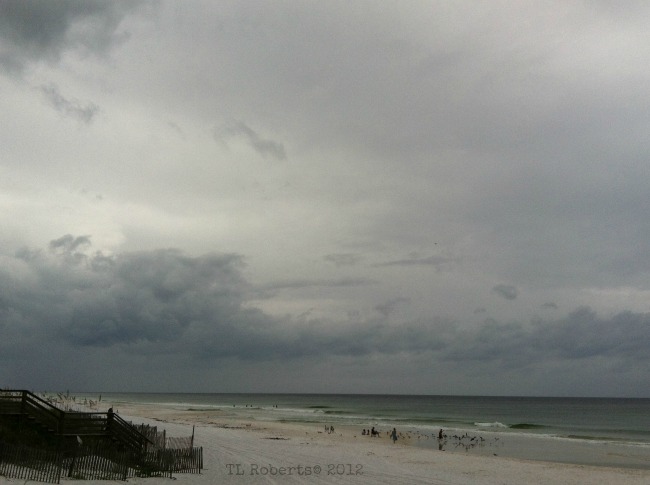 5 thoughts on “The hurricane that wasn’t”