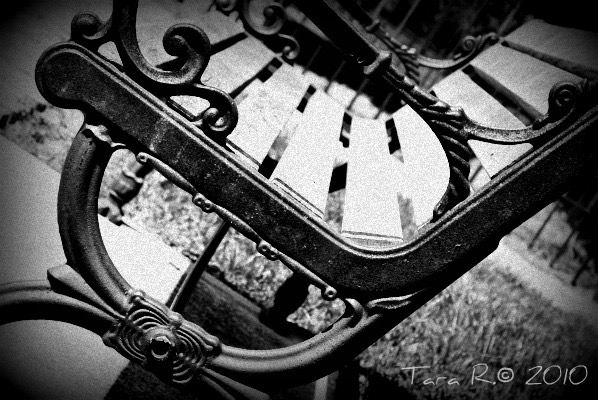 “This don’t concern you, Roxie,” Roger said. “I don’t even know why you’re here, it’s none of your business.”

Roger was on the defensive the minute Marshall and I arrived. He refused to talk about his aunt and became hostile when I told him about discovering the bodies of the conjoined twins.

“Roger, it became my business when two dead babies were found in the walls of my home.” I was taken aback by his antagonistic attitude. “I’m not trying to stir up trouble, not trying to get anyone arrested, I’m just trying to find out what happened to these little girls, and give them some peace.”

“You’re not fooling me, you just want to put this in one of your trashy books.” Roger wagged an accusing finger at me. “This is just scurrilous gossip against a frail old woman.”

Marshall stepped between us, putting a calming hand on my shoulder.

“Roger, the babies were discovered in her Granddad Carson’s old house,” Marshall said. “Your aunt and her first husband worked and lived on the property. There’s a link to both of your families, it’s not personal. This is a criminal investigation, not a way to make your aunt an object of ridicule. ”

I was still fuming and Roger, arms crossed, wasn’t budging either.

“Nobody’s accusing anyone of anything,” Marshall said, trying to negotiate a truce.

“I don’t know where you’re getting any of your information, because we can’t say for sure who’s responsible for their deaths – Amelia, Charles or someone else.” Marshall held up a hand to forestall any more argument from Roger. “That includes your uncle Lester.”

“We’re just trying to put these little girls to rest,” I said.

“Then leave it be,” Roger said. “No good will come from stirring up all that old heartache. Charles Parker is dead, Uncle Lester is dead, and Aunt Amelia is so far gone in her head she’d confuse you for a cotton bale.”

Marshall looked over at me, puzzled by Roger’s mention of Amelia in the present.

“When was the last time you saw Amelia?”

“Last Sunday,” Roger said. “Cheryl and I go out to visit every afternoon after church.”

“She’s alive and living close by?” Marshall’s interest was piqued. “When did she leave Toledo?”

“We moved her home when Lester died in ’98,” Roger said. “She’s at Shady Grove. Now, you don’t go up there and pester her. She’s a sick old woman.”

I brought out the locket, and showed it to Lester.

“Where’d you get that,” he said, trying to pick it out of my hand.

“It was with the babies when we found them,” I said. “I thought Amelia might want it back.”

Marshall held out his hand to me, and I dropped the necklace into his palm.

“Don’t worry Roger,” he said. “I’ll do everything I can to not distress your aunt, but I need to talk with her.”

When we left, Roger was still grumbling.

“You didn’t ask him anything about the hitch pin,” I said once we were in Marshall’s truck.

“Nope, I don’t care what he has to say about it,” Marshall said. “I want to see the old woman’s reaction.”

“I didn’t expect Roger to be so defensive,” I said. “Especially if this is the first he’s heard of any of this.”

“Someone told him about Casper finding those babies before we came out here, and Roger told his aunt. Did you notice, he never once denied his aunt was the mother of the twins?” Marshall backed out of Roger’s driveway, and turned east, toward Shady Grove Assisted Living Center. “I bet Amelia’s a lot more lucid than Roger claims. They’re hiding something.”

2 thoughts on “A family matter”