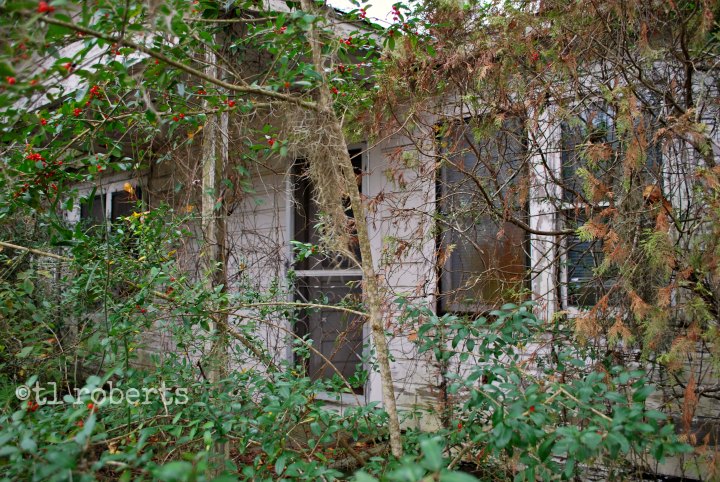 When I hung up the phone, my hands were shaking. I don’t know if it was from fear, or excitement, or maybe a little of both.

My childhood home, nestled in the bucolic pastures of East Tennessee, was finally for sale. A friend still living in the area called to give me the news. Without a second thought, I made an offer, an outrageous amount I knew would win me the bid.

A week later, and I was standing in what was once the living room of the homestead that my grandfather built. My mother and her four younger siblings grew up there, then it passed down to my parents. The house seemed so much smaller than I remembered.

All my best and worst memories were wrapped up in this house. I learned to ride a bike in the backyard, and I mastered the art of tree climbing in the spreading willow down by the spring. Summers with my grandparents were spent feeding chickens and milking cows, canning tomatoes and green beans from their garden, picking blackberries from an heirloom bush running the length of the property, and catching fireflies at night.

Then it all went dark. My parents tried to hide the loud arguments from us. All that anger and unhappiness took the joy out of the house. They divorced when I was about 10, and the farm was sold out of the family.

One night, after I had already graduated from high school, I drove by the house. I was leaving the next morning to attend an out-of-state college, and I wanted to see the place one last time. With the lights on inside, and the way the drapes hung in the front windows, it looked like a frowning face. I promised myself that one day I would bring back happy memories.

Knowing where each room was supposed to be, I wandered through the now gutted house, touching door jambs where my growth spurts were measured, and running my fingers across the hand-carved oak fireplace mantle. Workers were taking the final panels of old sheet rock off the front bedroom walls, and they called for me. They had found something.

Entering the familiar space, the smell of lilacs was overwhelming. The bush my grandfather planted outside the eastern corner window was in full bloom, and the sweet aroma brought back a flood of fond summer memories.

A tight semi-circle of construction workers clad in chalk-dust coveralls parted when I walked in. The foreman was kneeling on the floor, holding a dirty bundle of cloth in his arms. It was eerily quiet with all the power tools and hammers still.

The wrapping had fallen away, but the only thing I could make out was the embroidered hem of a yellowed christening gown. All eyes turned to me.

“A baby?” Once I finally found my voice, that was all I could ask.

The foreman, with an expression I couldn’t read, stared up at me.