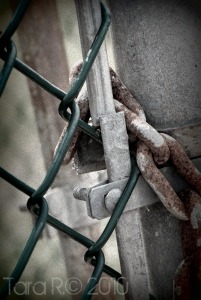 One day I wrote an angry post about a co-worker, the next morning was denounced to a supervisor, then two weeks later I was laid off from my job… that was two years ago.

The post, the result of a vexation induced rant, was bad judgment. True, every bit of it was true, but I should’ve never made it public.

I went to great pains to keep the person anonymous. The co-worker was not identified by name nor gender, was not revealed to be an officemate, and the bullet-point way the post was written, it wasn’t even clear it was about one, single person.

The moment I hit ‘publish,’ I knew it was not the best decision I’ve ever made. And, that little Jiminy Cricket voice telling me to rescind the command or at least make it a password protected tirade, was ignored

The person in question found the post, printed off copies, distributed them to each of our fellow co-workers, then forwarded a copy to our boss in an email.

The first response was to call me a liar, accuse me of systematically trying to sabotage work efforts, and at one point, declare to our boss that I needed professional psychiatric help. The ironic thing was, to know who the piece was about, this person had to recognize what I wrote was true. If I my statements were false, it would have been impossible to know exactly who had made me so mad.

The lay-off wasn’t a surprise. The company we worked for had been hemorrhaging for quite some time. Different departments and divisions nationwide had laid-off dozens of employees and the parent company was in the midst of a bankruptcy proceeding. To me, the timing was suspect, but eliminating my position was a justifiable business move. I have no way of knowing whether the outcome would have been different if I hadn’t published the rant.

I didn’t deny what I had done, I didn’t make excuses, and explained that I had already made the post private (which it still is). I also did not apologize for what I wrote, only saying that publicizing my ire was a poor choice.

The day I was let go, I thanked my boss for the opportunities I had been given at the company, then quickly and quietly cleared out my office. I was gone by the end of the day.

Submitted as part of Shell’s “Pour Your Heart Out” writing prompt at Things I Can’t Say. Please stop by to read the other posts, and give a little comment love.

Day 14 – 30 Days of Shamelessness: hold yourself accountable — not guilty — for something crappy you did to someone else.