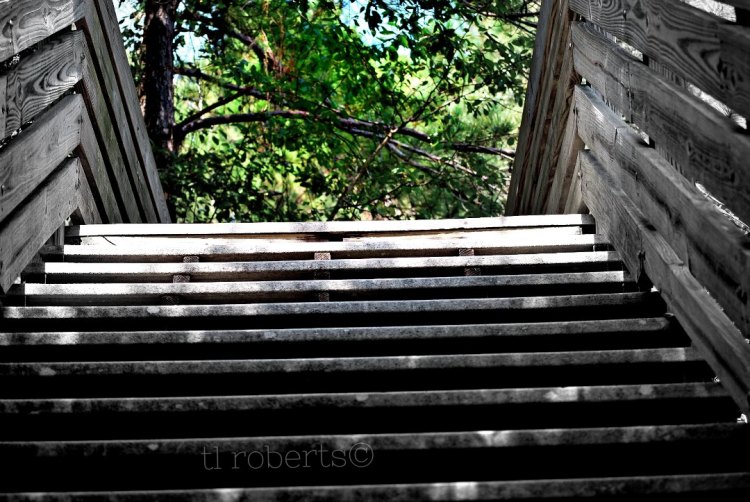 It was raining outside. The cold sort of rain that seeps into your bones, and muddles your mind. It wasn’t a warm spring rain that feels like a soft caress, its earthy sweet petrichor lingering on the breeze.

This rain was a claw hammer pounding against the house, threatening to shatter windows and doors, and her sanity.

All Aislinn wanted was to bury herself under the weight of many blankets, muffling the sound of the rain and the voices in her head, and to stay in her cocoon until those tender spring rains coaxed her out her melancholy like a flower bud opening to the sun.

How long had it been since she had seen the sun – a week, two weeks, a month? Aislinn could remember bright, warm days, or were they only a trick her mind played on her. Sending dreams of spring promises when there was only dank, dark winter. She didn’t even have the startling white of a freshly fallen snow, only grey rain – endless, grey rain.

Duncan needed to get out too. He had been shut up longer than she had. If only it would stop raining, even for a short time.

Aislinn sat curled up on the couch, the dust drape pulled to one end leaving her a small corner of old, red velvet. She rubbed a hand over the ornate wooden crest that ran along the top edge. The rest of the furniture in the salon was still covered. A fine dusting of powder floated in the air, dredging every surface.

Incessant drumming rain and relentless gloom settled over Aislinn.Lulled her into an uneasy sleep, her last thought before falling into a dreamless stupor was, “where was Duncan.”

It wasn’t the absence of the rain that woke Aislinn, it was a single, thin thread of light piercing the darkness of the room. Pulling her from the couch like a lifeline, Aislinn made her way to the front window. The sun hid behind a tenuous veil of clouds, but it was finally burning away the shadows.

Aislinn ran through the house, calling for Duncan, shouting for him to come see the sun.

She found him in the house cellar, curled into a tight ball like a baby in the womb – just as she left him.

He was heavier than she expected, but she had to get him outside. She had to haul him up the cellar steps into the light.

Then, everything would be all right.