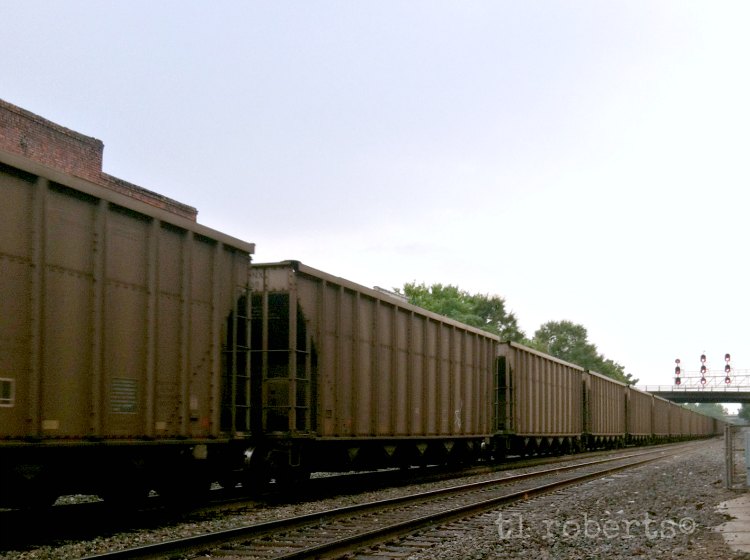 The law says a freight trains can’t go over 10 miles an hour when it’s moving through town. At that speed, if you’re agile enough, it’s easy to grab onto one of the boxcar’s ladder rungs. Sometimes, if the car had just been offloaded they leave the cargo door open to air out the container. A little hand-over-hand, and some deft foot skills, it’s not a hard scramble to get inside. Pull the door closed some, and you’re good to go until the train slows down in the next town, or when the train stops for another load.

Some days, if you’re lucky, you can travel halfway across country before you have to worry about being found out. It’s a solitary life, but you can go where you want, and hide from whatever you want.

With more than a half-dozen railways crisscrossing the U.S. over 140,000 miles of freight rail lines that pass through as many towns and cities, you could ride the rails your whole life and never stay in the same place twice. If people were to disappear in each of those towns, in different states, on different rails, none of them could be connected to each other, and it would never come back to me.

That kind of anonymity is useful when you do things that need to be kept secret.

Riding the rails, often through less than savory parts of town, you come across people who are down on their luck. Those forgotten people who wouldn’t be missed if they were never seen again.

I can always find that one person who has hit rock bottom, after that it’s easy to work my way into their confidence and learn all I need to know about them. When they feel that there is nothing left for them, that’s when I put an end to their misery.

It’s a wondrous thing to see what a little kindness, a little hope, can accomplish. One small moment can change a person’s life forever.

Who would ever imagine that a Fairy Godmother’s mode of transportation could be a freight car.