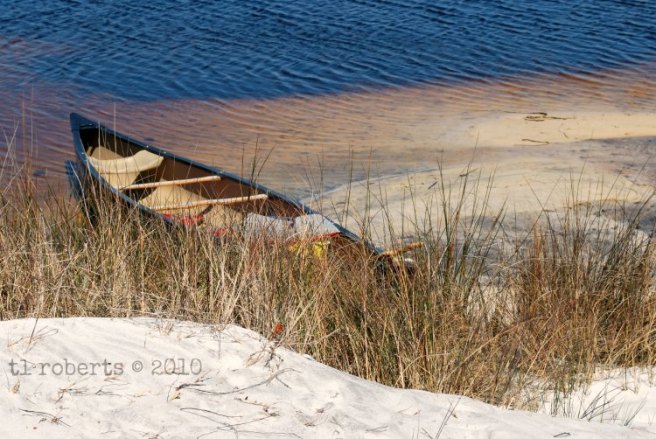 Walking along the sandy path that skirted Crystal Lake, no one would never know that the unremarkable body of water was actually a rare phenomenon found only a few places in the world.

The lake, a shimmering oasis of green on the leeward side of the ocean dunes, was a freshwater habitat until fluctuations in the tides – through hurricanes or catastrophic rains – breached the sandy protective walls, pouring briny water into the basin.

Two diverse ecosystems – saltwater and freshwater – thrived together where they, by nature, should not.

Sitting in the middle of Crystal Lake, one of only five dune lakes that dotted the coast of Pascua, was Cat Paw Island. The locals told visitors that the name came from the titular reeds that grew along the island shore.

Outsiders were unaware that the island got its name because feral cats inhabited the small speck of green. The clowder of cats lived in peace hidden from view by lush, green foliage. They hunted small birds and reptiles, and caught bass fingerlings in the shallows.

On quiet nights, some claimed they heard the cats mewing.

Pascua natives are protective of the denizen of Cat Paw Island, not only because of their vulnerable home but because of their unique vocation. Each feline is a familiar, waiting on the island until their human companion appears.

Jodie knew nothing of the island or its residents when she came to Pascua on retreat. She came for its ocean views, fresh seafood, and warm weather. She wasn’t looking for adventure, only a place to bask in the sun and catch up on her reading.

On the recommendation of her hotel’s day manager, Jodie took a break from tanning to take a walk around the lake. The soft, sandy path and the raised wooden boardwalk wending through the marshy eastern curve of the lake, made her walk a pleasant diversion from her relaxing getaway.

When she asked at the park entrance, Jodie was told no boating was allowed on the lake due to its fragile environmental equilibrium. Finding the canoe in the tall grass beside the path should have raised concerns, but for Jodie, it was an invitation.

The trail that day had been empty of other hikers, still, Jodie nervously glanced around before boarding the boat. Before she could pick up an oar and push off from the inlet, the canoe began to move silently backward, realigning itself in deep water and gliding toward Cat Paw Island under its own power.

Grounded in the soft sand ashore the island, Jodie not so much disembarked the canoe, as she did fall out of it. Once she found her feet, she made her way into the island’s bush.

Sweeping aside palmetto fronds and seaside mahoe vines, Jodie pushed further inland until she reached a small clearing. A down tree created a natural chair to one side. As she sat down, a small black and white male cat sauntered into the circle. He was young, no more than a year old. He was purring so loudly he drowned out all other sound. He watched her reaction, blinking slowly to show he trusted her.

He rubbed up against her, weaving in and out between her legs. Jodie reached down to pet him as he raised up on his hind legs, resting his forepaws on her knee, rubbing his head against her open hand.

Nails unsheathed just enough to catch Jodie’s skin, the cat reached up one paw to grab her hand, pulling it back to where she was scratching behind his ear.

“Right there,” a voice said in Jodie’s mind. “That’s it, it itches right there.”

Instead of being shocked, pulling her hand away in fear, Jodie gently massaged the cat’s ear. He pushed against her hand, eyes closed, a look of pleasure making his whiskers twitch.

He sat down like a sphinx at Jodie’s feet, his front paws lying relaxed in front of him, and his tail wrapped loosely around his body.

“You aren’t afraid?” he asked, turning his head to look at her in that curious way cats do.

“Am I supposed to be?” she said, leaning down to gently pet his head until he purred.

“No, you’re not.” He rolled over onto his back, offering up his belly for more scratching. “My name is… “

He rolled back over then jumped into her lap, taking several turns before settling into a comfortable spot.

“That’s up to you,” Flynn stretched out his front legs and began kneading her thighs.

“Can I stay here?” she said, stroking his soft fur.

“The decision isn’t whether you stay here, but rather if I leave,” he said, “with you.”

“You would come live with me?” Jodie leaned down to look Flynn in the eyes. “Why?”

“That’s what a familiar does,” he said, licking the tip of her nose with his sandpaper, rough tongue. “We are companions to only a chosen few. You are chosen.”

“I don’t understand,” she said, giggling at Flynn’s gesture of affection.

“You will,” he said, jumping down to the ground. Tail held high, the tip flicked lazily as if to say, “follow me.”

The decision made, Flynn and Jodie boarded the canoe that brought her to the island and it returned them to the far shore.

No one questioned her about Flynn at the inn where she was staying, as if bringing in a stray cat was the normal thing to do. The cook even sent up a plate of scrambled eggs for his dinner, along with a silver bowl for drinking water.

That evening, Flynn claimed one of the bed pillows, lying close to Jodie. They fell asleep facing each other as they talked late into the night.

So began the adventures of Jodie and her familiar Flynn.