*Catch up with the adventures of Pauley and Millicent, beginning with “Dead Money.” This week, read Lance’s chapter first, “Shake it Out,” then come back here for the second installment. 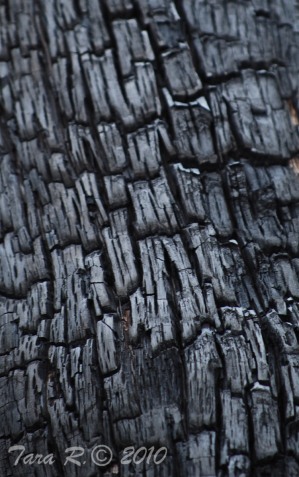 Stan and Lenore watched as Pauley and Millicent walked out to the porch. Millicent’s arm protectively hooked around her friend’s elbow.

Pauley was laughing. “You know, there really is a Rick’s Café in Casablanca, just like in that old Bogart movie. There’s even an authentic 1930’s Pleyel there.”

Releasing Pauley’s arm, Millicent sat on the porch bench, “You know I don’t play the piano.”

“A senhorita Millicent quer um fogo grande,” Lenore said over her shoulder as she started climbing the stairs.

Stan reached up and grabbed for her elbow, ducking when she threw it back with bone-breaking force.

“Sorry, I won’t do that again, but Lenore, I don’t understand a single word of Portuguese.”

Lenore, nodded, acknowledging Stan’s apology. “I am sorry too, I do not like to be touched. Miss Millicent wants a fogueira, ummm…. bonfire.”

Raising his hands, palms up, Stan gestured for Lenore to proceed him up the stairs. “Then, we should bring down the deadwood.”

Lenore stripped the covers off the beds upstairs to wrap the bodies in, making it easier to dragged them down the stairs.

Picking up an end of one of the blankets, Stan started pulling his bundle down the hallway with Lenore following with a second one. At the head of the stairs, they kicked them down, watching as they tumbled, coming to rest beside their former boss.

Stan sat on the top step, scooting over so Lenore could join him.

“I’m impressed with your work,” he said, leaning back on his elbows. “I could use someone like you in my organization.”

“Working for me would be nothing like the Sampas,” he continued, watching the play of emotions across Lenore’s face. “You’d be more like a freelancer, like your own boss. I have certain jobs I need done. You take the contract or turn it down. It’s up to you.”

Lenore crossed her arms over her knees, biting the inside of her bottom lip.

“There is no punição, no… umm…” Lenore struggled for the right word, instead pulled up the back of her shirt to show Stan her scars.

“Oh, hell no!” Stan sat up suddenly, reaching out but not touching Lenore’s back. “No! That would never happen. I respect my crew, and treat them well.”

“I could leave when I wanted?” Lenore straightened her shirt. “I could turn down any job you asked?”

Leaning forward so he was again sitting next to Lenore, Stan tentatively held out his hand. “I tell you what, Pauley and I will find you a nice place to live in New York. I’ll put you on my payroll, and you don’t have to do anything. Then, once you feel settled, I’ll offer you a few jobs, take them if you want, or not. Your choice.”

“I will not take your money for nothing,” Lenore said.

“Once we get to New York, we’ll figure out something for you to do,” Stan kept his hand out.

“You will find me a real job?” Lenore held out her hand too.

“Yes, even if it’s just teaching me Portuguese so if Pauley swears at me, I’ll know what she’s saying.”

Lenore smiled and grabbed Stan’s hand. “Sim, it is a deal.”

“Do you two want to be alone,” Pauley stood at the foot of the stairs, smiling up at Stan and Lenore.

Stan stood, still holding onto Lenore’s hand, and helped her to her feet.

“I’m glad to hear that,” Pauley embraced Stan as he reached her. “I see you brought down the trash. Oh, by the way, we think Danela took off. One less problem to deal with.”

Between the three of them, Lenore, Stan and Pauley removed the dead bodies from Millicent’s house as she directed them to the fire pit she and Pauley built.

“Lenore, will you stay out here with me?” Millicent watched as the flames took hold, flickering and raising a plume of white smoke. “We need to talk before we say our goodbyes.”

“Millie wants to go to Morocco,” Pauley leaned against the fender, watching the other two women at the bonfire. “I think that’s a good place for her. Far enough away, but still cosmopolitan enough. I want to go too for a little while. Maybe check in with Gail and Butch.”

“You’ll come back to New York, right?” Stan sat on the car hood.

“Of course,” Pauley leaned in close, putting her arm around his waist. “It’ll be good to have Lenore there too. You’ll need the extra help, since I’ll want to take an extended leave… in a few months.”

She left her last words trail off.

Stan turned to stare at her, then drew her in for a celebratory kiss.

3 thoughts on “A game we play”