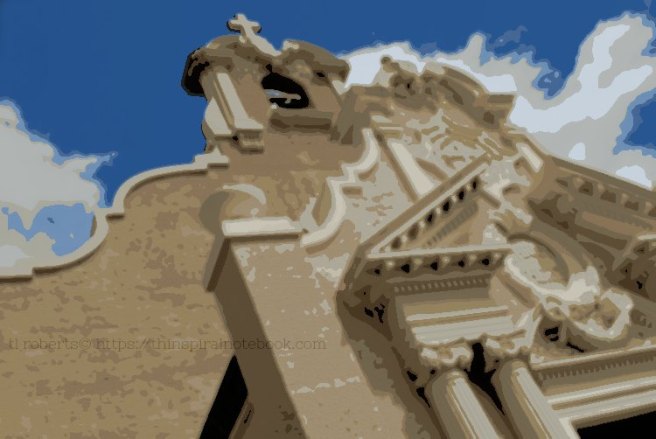 Lately, I’ve been reading a series of mystery novels by Ellis Peters. I like whodunits, but I don’t obsessively try to figure out who actually did it because I want that “didn’t see that coming” reaction when the killer is revealed in the end.

What I like about Peters’ novels is that her mysteries are unlike any others I’ve ever read. Peters set her 21 novels during the Middle Ages and her protagonist is a 12th century Benedictine monk, Brother Cadfael.

Cadfael, a former soldier during the Crusades, took the tonsure well into his 40s. When he isn’t solving murders in the town of Shrewsbury, he is the herbalist and the closest thing to a doctor at the Abbey of St. Peter and St. Paul.

Another thing I like about the series is that Peters often uses the vernacular of the era. Words we should bring back into common use – like, “toper” (drunkard) and “besotted” (infatuated.) For a logophile like me, the stories are a smorgasbord of tasty, tongue-tastic tidbits.

This week, let’s go a little old-school – literally – and find a new way to use an old word.

“…he left it whole for his brother, and took a villein yardland that had fallen without heirs…” Ellis Peters. “Monk’s Hood.”

This week’s word is:

Villein (a feudal tenant entirely subject to a lord)

Using “villein” for inspiration, write 100 Words – 100 exactly – no more, no less. You can either use the word – or any form of the word – as one of your 100, or it can be implied. Include a link in your post back here, and add your story to the Mister Linky list. If you don’t have a blog, you can leave your submission in the comment section, or as a Facebook status post. Remember to keep spreading the love with supportive comments for your fellow Wordsters.