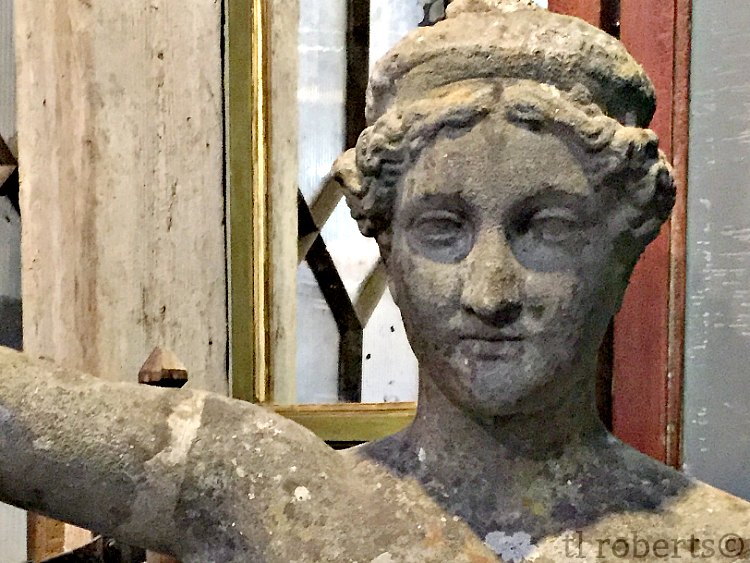 Homicide Det. Sean Webster and June Chapel, social worker and advocate for Paisley Fleming, sat in a police interview room comparing notes in the investigation into the murder of Selene and Todd, Paisley’s parents. The couple, found dead in their hotel room, had been poisoned. Their daughter was a material witness in the case.

“We need to come together in amity to help solve these murders,” Det. Webster said. He had loosened his tie and undid the top button on his shirt collar. Feet up on the interview table, Webster looked more relaxed than he actually felt.

June started at Webster’s use of “amity,” a hint of a vocabulary she didn’t expect to be in his lexicon.

“Don’t be shocked,” Webster noticed her reaction and ran his fingers through his blond-streaked taper fade. “To paraphrase Miss Dolly, ‘I not offended by dumb blond jokes because I’m not dumb, and I’m not blond’.”

When June tried to recover from her embarrassing misjudgment, Webster waved her off.

“Don’t worry about it,” he smiled. “Sometimes it’s useful to appear… not so savvy. It disarms people, and they give up info they wouldn’t normally.”

June regarded Webster as if seeing him for the first time. The room suddenly felt hot and her mouth went dry. Self-conscious of her utilitarian, tan business suit, she tugged at her jacket and smoothed out her skirt.

“Where are you in the investigation?” she said, changing the subject.

Taken aback by her obvious discomfort, Webster covered his own confusion by straightening his tie and setting his feet on the floor. He was surprised by his unexpected impulse to impress the young social worker.

“Uhm… I have the final M.E.’s report,” Webster stammered and awkwardly shuffled papers. “How is little Paisley?”

“Her grandparents, her mother’s parents, arrived last night and she is staying with them,” June smiled at Webster’s diminutive nickname of their young charge. “I’m meeting with them all this evening.”

Webster wanted to reach out and brush back the lock of June’s raven hair that had escaped from the loose bun at the nape of her neck. He shook away that imagine before responding.

“I’ve got one of the lieutenants looking through other similar cases,” Webster said when he found his voice. “The Flemings’ poisoning seems really familiar. A few years ago there was a serial killer the press dubbed the ‘Death Coordinator’. He was never caught. This could be him again or even a copycat. I want to check out that lead.”

June frowned at the gruesome moniker and went back reading the file, hoping to distract herself from Webster’s hazel eyes.

“What is this?” June stabbed the M.E.’s report with a sensibly manicured finger.

“This,” June kept her finger on a line in the report, turning the folder around for Webster to see, and read, “‘one recent needle puncture mark in the left carotid artery with surrounding ecchymoses.’ The same notation is in the father’s autopsy.”

“Give me that,” Webster took the folder, rereading the questionable passage. “Damn.”

“I don’t understand, I thought you said the cause of death was the absorption of poison that soaked their clothing?” June leaned on Webster’s desk, craning her neck to see the file contents.

“It was… is,” he said flustered by the inconsistency. “Doc told me so himself.”

Webster put down the file and pulled out his cell phone. When the call connected, he said one word, “Fleming.”

For the next few minutes, Webster didn’t ask any questions, only responding to what the person on the other end of the call said with grunts and profanity. When he finally hung up, Webster sat perfectly still, eyes closed, taking deep breaths in through his mouth, and exhaling through his nose.

“Apparently, Todd and Selene had multiple enemies,” Webster finally said. “The couple were the victims of two poisonings.”

“Two?“ June pushed back from the table.

“The warfarin was administered first,” Webster said. “But, before they succumbed to that, they were both injected with kuwari, an arrow poison used in Africa and South America. Doc said he missed it at first because the Flemings’ blood was so compromised from the warfarin.”

“Poisoned twice… by the same person?” June shook her head in disbelief.

“Doc doesn’t think so,” Webster said, standing up with the file in hand. “This changes everything.”