All week I was looking forward to a kayaking outing a friend and I planned a while back. She is the taskmaster I trained with for our Gate to Gate walk. We haven’t been able to get out again since then because of my dodgy foot. I suggested kayaking. One: because it was good exercise; Two: I didn’t have to walk any great distance; Three: our local state park rents kayaks at a very reasonable rate; and of course, Four: it’s a good photo opp.

Then… to my dismay I received an early morning text the day we planned our adventure. She injured her hand and had to bow out. Dang!

Since I was already dressed, and had my towel, sunscreen, bug spray and Tevas packed, I decided to go alone. Then… to my dismay one thing after another seemed to be working against me. Having arrived at the park shortly after the gate opened at 8 a.m., I expected a quick In&Out to get the kayak rented and oar procured.

Apparently everyone and their brother had the same idea, and what should have taken two minutes took close to 15. With floaty-fobbed key in hand, I headed toward the canoe rack to release my water craft. The key didn’t work. After another 10 minutes fighting the padlock, I drove back to the ranger house to get another key… only to have that key not work. Dang!

Was Someone telling me not to be out on the water? In desperation I started trying the cursed key in other locks and viola! The padlocks were switched around and I was finally able to find the right lock for my key. I was launched!

After nearly a week of storms, it was a glorious day.  As I made my way around the bayou I saw a pair of ospreys, one which was gracious enough to pose for me, and a Blue Heron who kept one wing tip ahead of my intrusive camera.

These shots were all taken either with my camera photo or my Nikon p/s. I’m still wary about taking the Big Girl on water trips, she doesn’t swim.

I cruised down one of the feeder creeks, exploring the back waters. As I came to a bend where I planned to turn around to head back to the bayou, I stumbled upon a sight that reminded me of the final scene in the vintage Planet of Apes movie (you know, the good one with Charlton Heston coming upon a derelict Statue of Liberty?). A new connector road is being constructed near us, and I happened upon a phase of the road most people haven’t seen yet. It was kinda creepy actually. Then I got sad because I knew the project most assuredly disturbed some fragile eco-systems. The price of progress?

On top of all else, when I opened iPhoto to edit the pix from my trip, I couldn’t find them anywhere, and I had erased the media card from the camera. At least 20 photos… gone. Panic ensued. After a frantic several minutes doing key searches, I discovered the problem. I somehow entered the wrong year for the time stamp, found them among the 2011 files… I’ll be glad once this weekend is over. 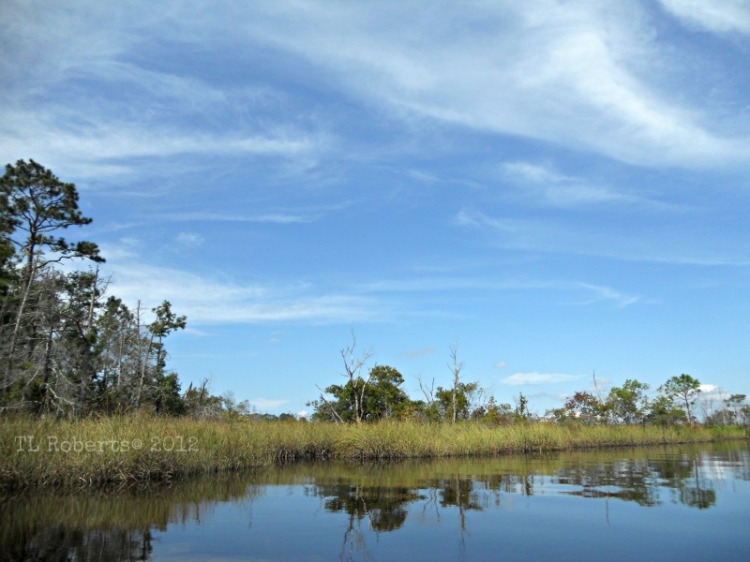 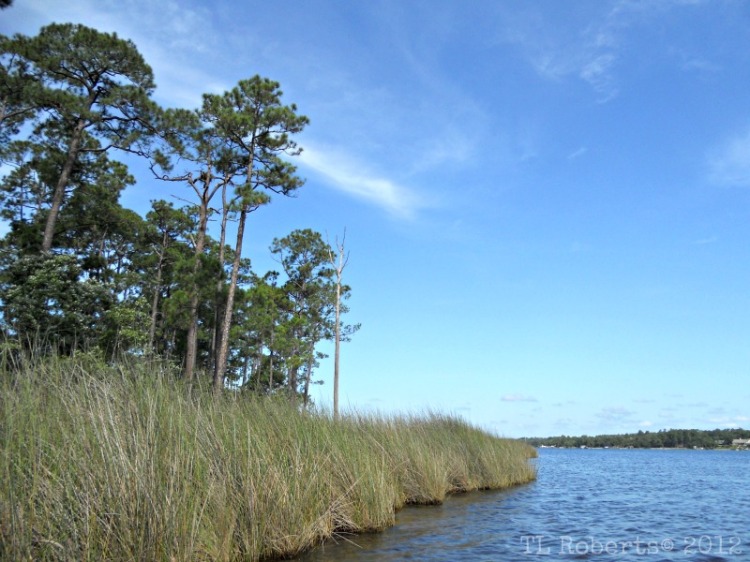 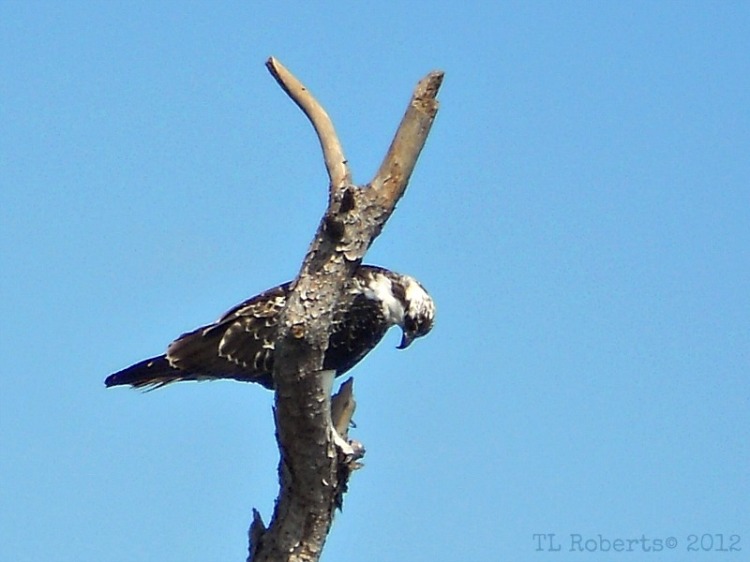 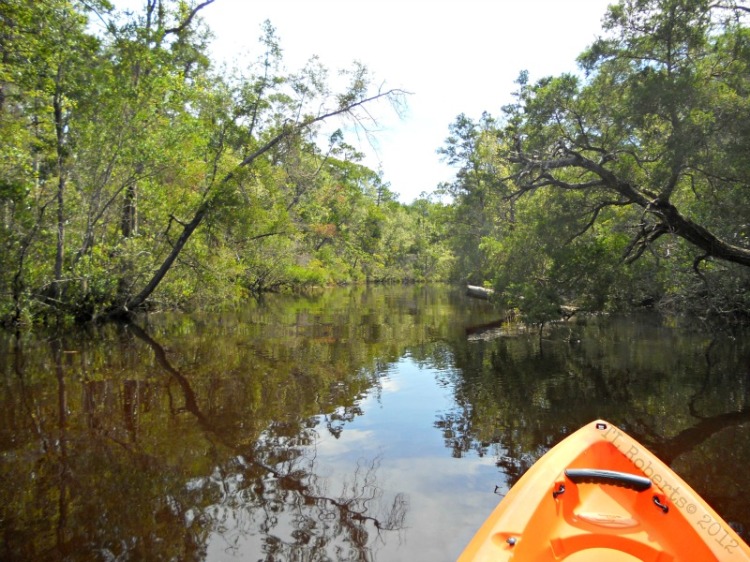 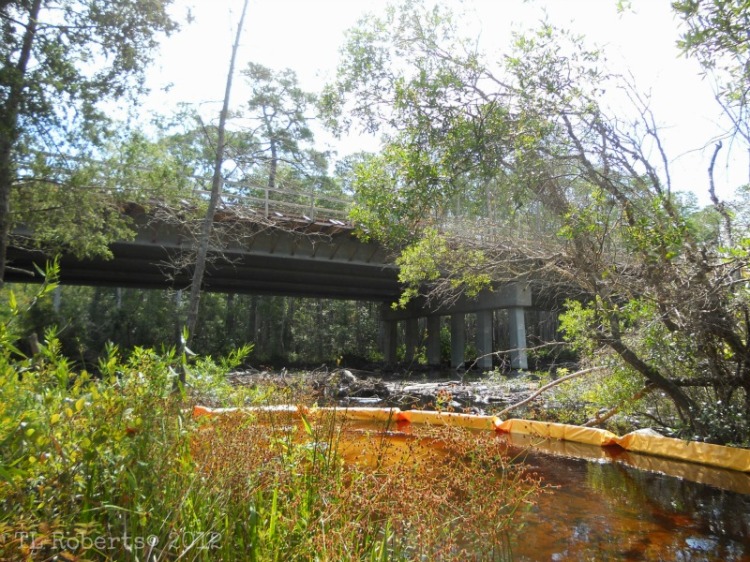 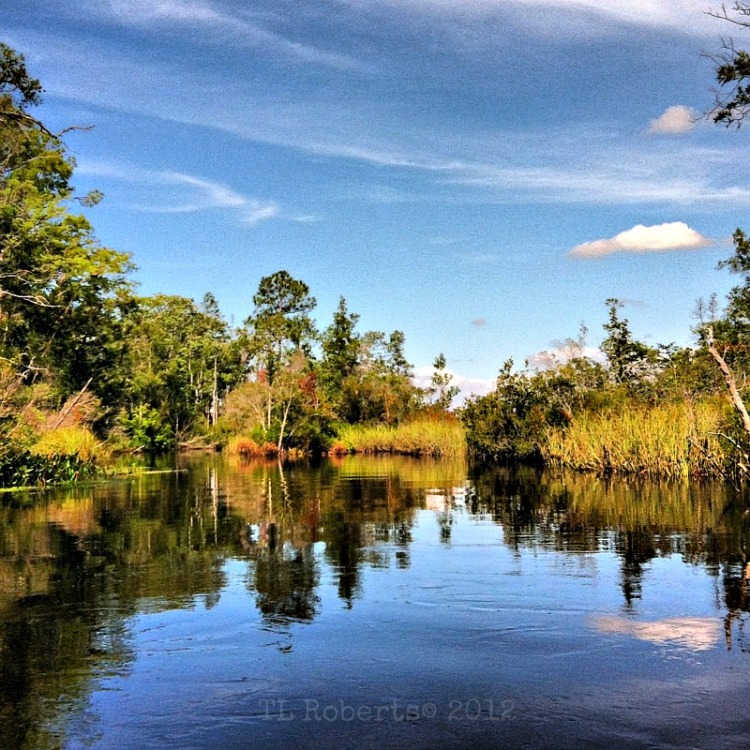 For more photos, please visit my Flickr photostream or my 365 Project Page.