More from the Dinner Party… “Her mother and father were frighteningly zealous in their dysfunctional child rearing.” Jasper reported back to his employer on his reconnoiter of their newest wish recipient, Ada Mercer, who asked to meet Santa. “So the fulfillment of her wish is to convince her that the Jolly ol’ Elf is fictitious?” […] 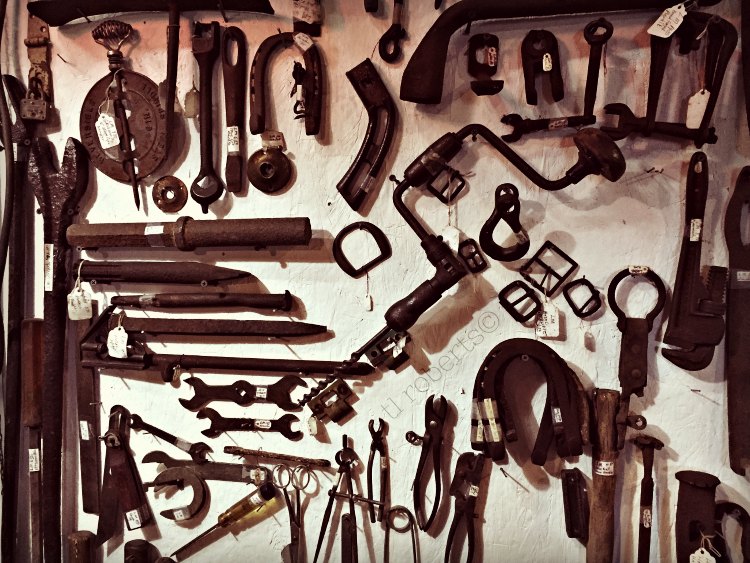 “Is he in there?” Astrid demanded. “Don’t bother him, he’s busy making toys,” Karol said, blocking entrance to the workshop. “That’s an outright lie,” Astrid tried elbowing past Mrs Claus. “He hasn’t ‘made’ any toys since Tamagotchis were hot. I know he outsources everything, he does it all the time.” “And what if he does?” […]

“I thought I broke him.” The lament was uttered in hushed tones over a steaming mug of hot chocolate, a dollop of marshmallow whip floating on the surface. A smudge of the sticky confection dotted the speaker’s nose. Her lavender eyes were brimming with tears. Her companion couldn’t help but giggle a little into her […]

Nearly 20 years ago, when my daughter was still in elementary school, she came home one December afternoon in a state of wretched befuddlement. That day some of her little friends were discussing Santa Claus and his rumored nonexistence. Apparently, some of these juvenile dream-killers were telling any of their playmates who would listen, that […]

“It’s the 21st century, you have to change with the times.” Dressed in his pinstriped suit, he was the epitome of “corporate.” “Like I always say, ‘if it ain’t broke, don’t fix it’.” I looked down at him over my glasses. “You’re right, it’s not broke, but it’s not efficient.” Holding his newfangled electronic notepad, […]

A thick, foul-tasting slime coated his tongue and the roof of his mouth. Cupping his hands in front of his face and exhaling proved that his breath could peel the paint off the North Pole. Disoriented at first, he slowly became aware of his surroundings, and that he was covered in a light dusting of snow […]