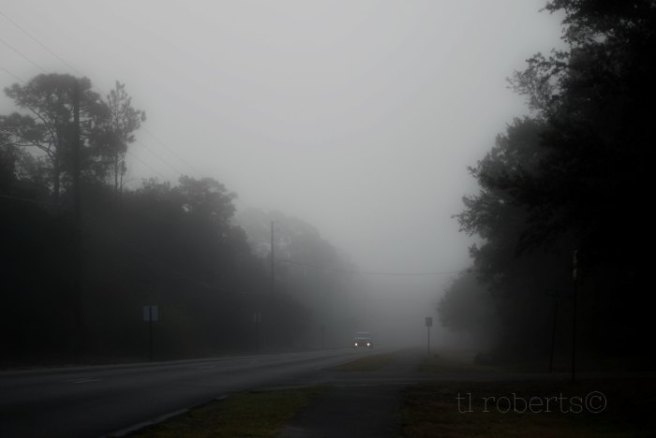 Driving in the early morning fog, her car headlights barely cut through the murky dawn. Laurel packed her car tight with everything she owned, yet it was still a meager accounting of her life.

There was no destination, all Laurel wanted was to get out of town.

Laurel’s entire life was a series of new beginnings. Throughout her childhood, she was constantly moving, never in the same house, the same town for more than a year. She was forever the “new kid.”

Each move she tried to reinvent herself. She even once asked teachers to use her middle name, Natasha. Christened with her Ukrainian great-grandmother’s name, Laurel thought Natasha sounded more exotic, more exciting.

Instead it backfired dismally. Classmates teased her about being a commie, and yelled her name with fake accents. At her next school, she went back to using Laurel, resigned to never being anything more than who she was.

Once she was in college, Laurel didn’t even try. Instead she threw herself into her course work, avoiding the typical coed experience. This new beginning was just the same as any other changes of scenery.

That was until she met Alan. He was the new beginning she never saw coming. He didn’t have to alienate her from friends because she didn’t have any. He didn’t need to restrict her access to her family, there wasn’t a strong bond there anyway. Laurel had no idea what was beginning, but she liked the attention and affection he showed her.

Even though she wasn’t accustomed to having people close to her, what she was accustomed to was doing what she wanted, when she wanted. Soon, Alan’s need to control her began a new phase in Laurel’s life, and she didn’t even realize it.

When their relationship started to go sideways, Laurel had no experience to fall back on to understand what was wrong. She had no one to talk to ask advice, no one to run to for help.

It was on a rare morning out when Laurel had her epiphany, and oddly enough while indulging in an otherwise forbidden treat. She went to the coffee shop for a mocha latte.

Laurel had trouble paying. She had enough money, but tried to give the cashier exact change and was in a near panic when she was a penny short.

“It’s okay sweetie,” said the barista, picking a coin out of a “need a penny, leave a penny” bowl on the counter. “I’ve got it right here.”

“Thank you so much, I’m such a nuisance,” Laurel was on the verge of tears.

“Darlin’ there’s nothing in the world wrong with you,” the barista said, handing Laurel her mocha. “Everyone has off days, you’re just fine.”

Laurel just stared at her, the cup in her hand burning her fingers. The cogs in her brain beginning to turn, remembering who she was before Alan.

She thought well into the night. In the wee hours of the morning, about an hour before dawn, Laurel finished packing her car, the car Alan allowed her to have so she could run his errands. Alan was a heavy sleeper so packing all her things was a simple matter.

Looking around, like she was lost, Laurel saw the empty coffee cup.

As she was leaving, the street lights blinked out as she drove past, her headlights barely cutting through the murky dawn. Laurel knew this would be her final beginning.