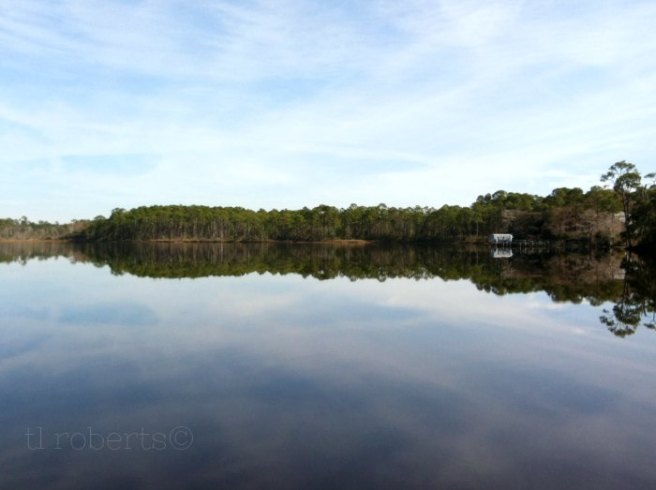 The lake was like glass, the surface so clear, so pristine, it was difficult to tell what was real and what was a reflection. The world turned upside down or flipped right-side up?

He stood poised on the end of pier, his toes extended over the edge of the worn, wooded boards. Slowly he raised his arms straight over his head, bent his knees slightly, then with a smooth leap, he plunged into the water like a torpedo.

Ripples spread out in imperfect rings, turning the water into wavy, mouth-blown glass for a moment that just as quickly settled back into its flawless expanse.

Beneath its glossy veneer he swam. With his thighs held tightly together and his arms flat against his sides, he undulated his legs in a rhythmic wave-like motion that could speed him across the lake in a single breath.

He likened himself to the fabled selkies, but he lacked their grace and fluid essence. His persistent disrespect was noted, as was his entry that day into the placid water.

Lakeside residents may never discover how such a strong swimmer could drown in a lake he knew so well and had swum so many times. There was no way to know that he inexplicably lost his bearings, and couldn’t find his way back to the mirror-image surface.