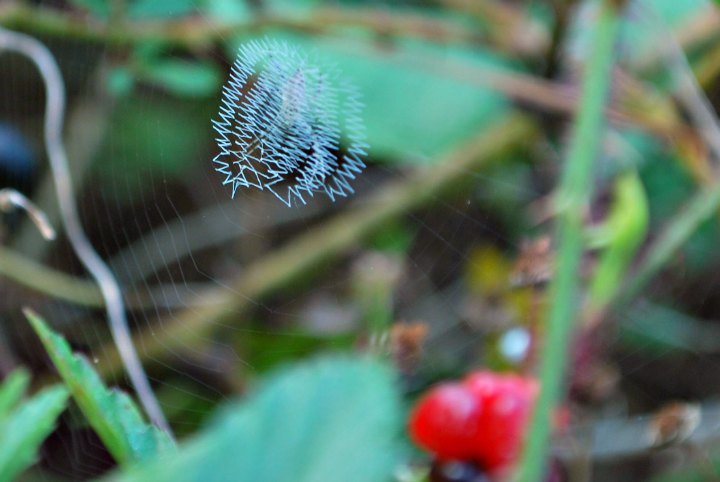 Itsy was in trouble… again. Sitting in the academy headmaster’s outer office, she kept dodging the disapproving glare of Miss Muffet. Rumor had it that the old crone had been a fixture of the private school since the reign of Old King Cole.

Shifting on the tattered tuffet, Itsy was sure that the uncomfortable seating was another way to punish wayward students. Itsy would swear that Muffet was enjoying her unease. Why else would she decorate the waiting area with such old-fashioned, and torturous, furniture.

Mrs. Hubbard, the weaving instructor, sent Itsy to the headmaster for “defiance of authority.” It wasn’t her only offense, but according to academy rules, it could be her last.

The course, Weaving 401, was her final class and necessary to earn her Apprentice status. Certification was everything in the arachnid world. Getting kicked out of Mulberry Bush Academy would blacklist her for years.

Itsy didn’t understand what the big deal was. She had aced all her practicum skills tests for spirals, orbs, funnels, domes, sheets and triangles. Her tangles and tubulars were the standard in freshman classes.

So what if she went rogue, and was caught working an unsanctioned pattern technique. It wasn’t like it would rip the fabric of the universe if a new web was pioneered. When was the last time any experimental design was approved? Decades? Centuries? Not any time during the history of Mulberry Academy.

Frère Jacques, Academy headmaster, stood in his open office door, gesturing with a bony finger for Itsy to step inside his parlor.

Itsy was sure this was how the fly felt.

5 thoughts on “Writing is on the web”