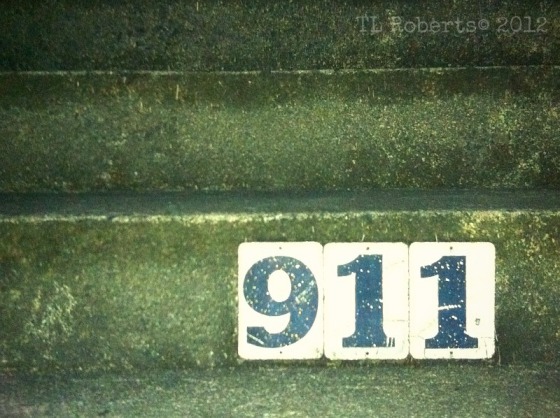 Kip’s hands shook as he mixed the second vial into Niles’ drink. He had lost sight of Millicent, but tried not to think about her. Setting the gin and tonic on the waitress’ tray, he told the other bartender than he was taking a break, then walked out the service entrance of the casino.

Niles took long gulps of his drink, hoping the ice and alcohol would make him feel better. The pain in his head was moving down his arms and into his chest. His vision was starting to blur and he couldn’t breathe.

Backing into the crowd, Pauley worked her way around the side of the table, keeping Niles in her line of sight, but widening the distance between them.

When he eventually collapsed, falling to the floor, casino EMT’s arrived within seconds. Clearing the space around Niles, paramedics loaded him on a gurney while barking orders into their radios for an ambulance.

One medic leaned in close, trying to make out something Niles was saying.

“Is there a Gail here?” The medic called to the gawking mob. “He’s calling for someone named Gail!”

Pauley’s stomach dropped. Where did he get that name?

“You look familiar…. Do you have family here?”

Someone nudged Pauley from behind. “You were with him earlier, is that you?”

Without turning around, Pauley kept moving away from the scene. “I just met him tonight, he never even told me his name. Mine sure isn’t ‘Gail’.”

Niles, his shirt ripped open, an oxygen mask strapped to his face,  was an odd shade of green. Medics tried to forge a path around the poker tables. As the crowd parted for them, Niles pulled his mask off when he saw Pauley.

“Gail? Why? We could have worked out a deal,” he voice was like gravel. “Tell that son of a bitch, Butch, he can go to hell. I know this was him.”

Caught up in the wave of people following the medics, Pauley broke away as soon as she made it outside of the casino. Once Niles was inside the waiting ambulance, she expected it to leave, lights flashing and sirens blaring. Instead it stayed parked at the casino entrance. When it finally left, it ran silent. Pauley knew that meant Niles had already died.

Pauley didn’t try to find Millicent, she just wanted to get as far away as she could. No other hit had ever affected her like this. Trembling, and confused, Pauley knew Niles didn’t pull those names out of thin air. She started walking away from the casino, stopping at the first diner she found open.

Wishing it was Lu who brought her a hot cup of coffee, Pauley focused on what had happened, trying to make sense of it all. She nearly screamed when a beautiful, dark-haired woman slid into the chair across from her.

“We need to talk,” Millicent said. “There are a few things Butch obviously hasn’t told you.”

New chapters in Dead Money, a summer series written with Lance, the wit behind My Blog Can Beat Up Your Blog. Read his installment, “The Quiet Things,” for more from Millicent and Pauley, our lady killers.